I didn’t know anyone in Greymouth when deciding in early 2016 that I wanted to move here from Auckland.

After only ever living in cities such as Christchurch and London, I was ready to be somewhere with more nature and less people, traffic, and busyness. I wanted to live more simply, cheaply, and to have the time and financial security for creative pursuits.

Greymouth had the highest population on the Coast, rentals and properties for sale were affordable, I had friends and family in Christchurch nearby, was missing the South Island, and craved the West Coast’s lush rainforest and magnificent sunsets.

So I applied for a job and booked a holiday for a month later to check it out, giving myself to the end of the year to figure out how to make the move.

However, within that month I had secured the job and the holiday was now to find a place to live, which I did in stunning Rapahoe. My new puppy and I arrived a few weeks later. A few months after that, a guy I had been dating (but said goodbye to) in Auckland ended up moving down with his dog.

By the end of the 2016 I had become a first-home buyer of a beautiful house in central Greymouth and we had moved in. We still love our life here with our dogs and have no plans to leave. 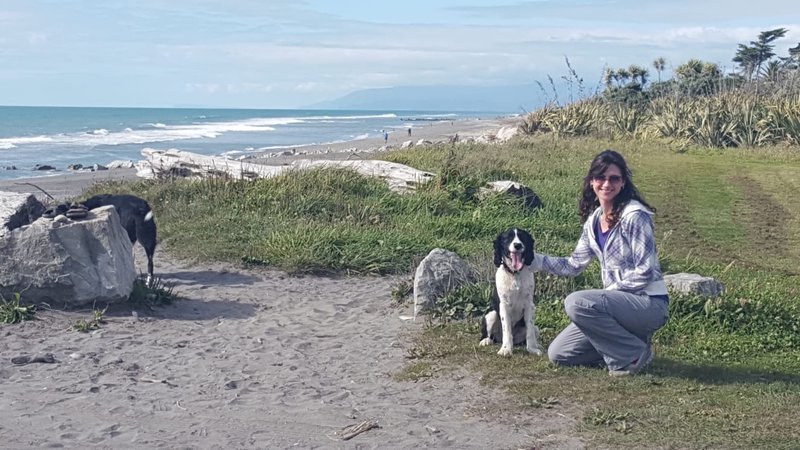 Since living here, I transitioned from full-time employment to being fully self-employed. I had previously taught piano, been a DJ, and recently qualified as a yoga teacher in Auckland. I resigned from my job and relied on the combined income from these while building my business consultancy Freedom HR to be my sole income, a goal I have now achieved. My partner is also self-employed and was able to successfully move and re-establish his Auckland business here.

There is a real need for staff here especially at a senior or highly-skilled level, but vacancies at all levels often don’t get many applications – the opposite to what is happening in the cities. So there are opportunities to try new things in a similar field to your previous skills and experience, and/or expand existing skills to be more generic if previous roles were specialised.

There is a concern that people who move here don’t always stay, but I’ve met so many who have and they are wonderful people. I have a lot of fun, have a great group of friends, and don’t know why anyone would leave.

The West Coast has less than 1% of the New Zealand population, spread across a similar distance to that between Auckland and Wellington, which makes the one weather forecast for the whole region interesting.

I love the weather - plenty of sunshine, milder temperatures than Christchurch year-round, and it seems to rain as often as Auckland does, which I found too hot and humid in comparison.

There is a sense of community I haven’t seen in cities. There have been recent changes in leadership across many prominent organisations. I love that we have some strong female leaders and so many talented, inspiring people doing amazing things to improve the region.

There are always interesting creative, social and outdoors things to do. It may not have such a wide range of choices as a city has, but you create your own opportunities after all, and in my experience it’s easy to do that here.

My only concern is not wanting too many people to catch on that the West Coast is New Zealand’s best kept secret, but it might be too late! 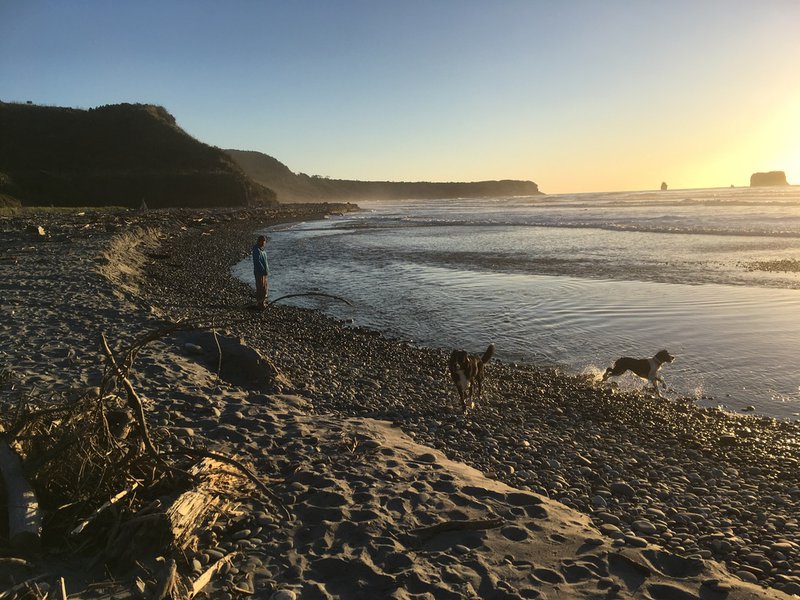 Patsy Bass from Reefton Distilling Co. discusses starting a business and living on the West Coast.

Out of the pressure cooker

Andy and Jolene have swapped high-pressure Government jobs for the Coast life.

Artist drawn back to the Coast

Marilyn is one of the many Coasters who have moved back to the West Coast.