The Coast to Coast is an iconic multisport event based in the South Island of New Zealand. Participants cycle, run and kayak their way across the South Island to Sumner Beach in Christchurch. 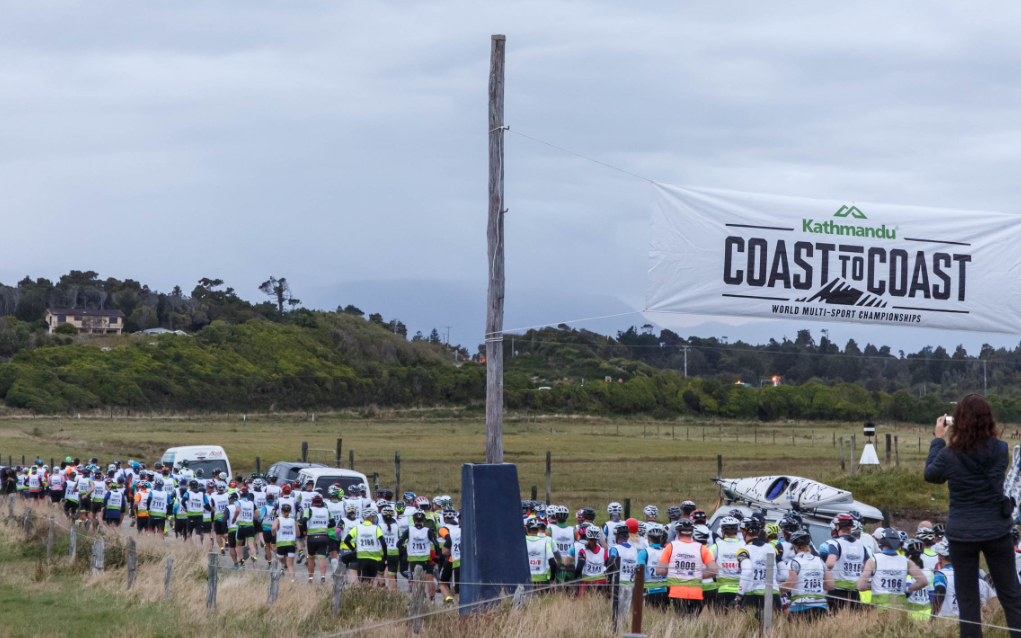 The Coast to Coast is an iconic multisport event based in the South Island of New Zealand.

Held every February the race starts on the West Coast, at Kumara beach and traverses the width of the South Island, crossing the main divide where competitors reach over 1000 metres above sea level, finishing on the

East Coast in Christchurch. 2015 saw the finish at the Pier on New Brighton beach for the first time. The brain child of previous Race Director Robin Judkins, the first official race was held on February 26 and 27 in 1983 with 79 competitors.

Today over 800 athletes line up to run, cycle and kayak across the South Island. 1987 saw “The Longest Day”, a one day ‘World Championship event introduced.

The Coast to Coast has become a rite of passage for multisport athletes from around the world with over 18,000 people having completed in the event in 33 years.