The Westland District Council has more than doubled the capacity of the Franz Josef Glacier heliport in the past seven years, making it among the busiest in the country with up to one helicopter movement every minute at the peak of season. 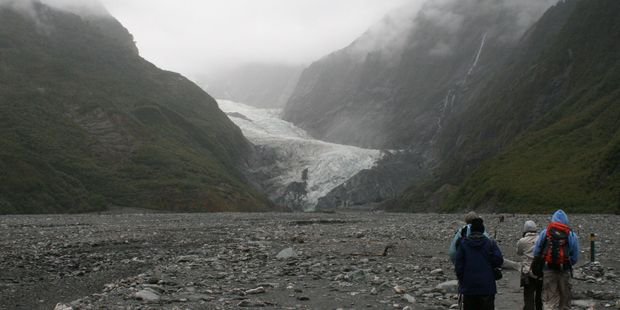 Growing tourism numbers means the the Franz Josef Glacier heliport currently attracts 70,000 passengers a year, and that is expected to double in the next 10 years. Photo / File 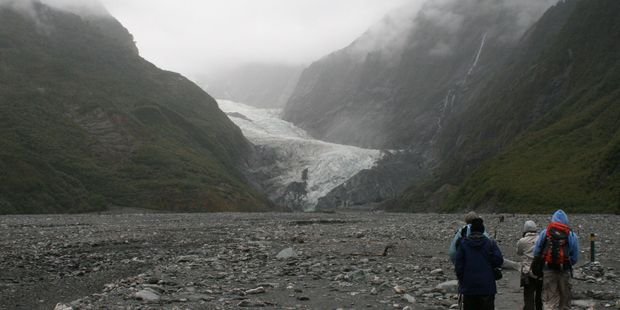 The Westland District Council has more than doubled the capacity of the Franz Josef Glacier heliport in the past seven years, making it among the busiest in the country with up to one helicopter movement every minute at the peak of season.

Since 2009, when the council-owned Hokitika Airport Ltd re-established the heliport after flooding washed away the six helipads, nine more have been added, bringing the total to 15.

Two more were added in the past month exclusively for newest operator, Southern Lakes Helicopters, now owned by Ngai Tahu in conjunction with its Franz Josef Glacier Guiding business.

Mr Smith, who formerly chaired the airport company, said further upgrades of the Franz heliport and development of another at Fox Glacier, either by Hokitika Airport Ltd or private operators, were proposed to meet both the future growth and safety aspects in the busy glacier air space.

The council was working closely with the Civil Aviation Authority, and an aeronautical study had been commissioned to look at further improving the safety at the heliport and the landing pads at the top of the glacier.

The study would look at flight paths and landing approaches so arrivals and departures did not clash, Mr Smith said.

With six operators now in Franz Josef, up to 13 helicopters could be operating on any given day in the peak season.

Flights were 12 minutes long, which equated to 65 movements an hour.
"When it's flat out that's one flight a minute."

However, only a fraction of the one million visitors at the glacier towns each year were flying on to the ice, he said.

Franz Josef currently saw 70,000 passengers a year, and that was expected to double in the next 10 years.

Mike Nolan, of Fox Franz Heliservices, previously trading as Alpine Adventures, said the number of operators had grown significantly since they began there in the 1980s.

However, the demand continued to grow, especially in recent years since foot access to the retreating glacier had been curtailed.

Mr Nolan said only a small percentage of people were getting to see the glaciers and he believed the gondola suggested for Franz Josef Glacier would improve access for a different market without affecting helicopter flights, which enabled visitors to actually walk on the ice.

Mayor Smith said aviation tourism was the future in Fox, Franz and even Hokitika.
"We need to plan for the future of what will be an exciting part of our tourism sector.

A runway strip parallel with the main road at Franz Josef and feeding various helipads was in the pipeline, as well as a heliport facility in Fox Glacier controlled by Hokitika Airport Ltd with stringent safety requirements and agreed flight paths established in conjunction with a user groups.

Meanwhile, a new application is also before CAA to build a helipad at Haast.
Wanaka Helicopters Ltd, which owns Greenstone Helicopters, has applied for consent to move its base in Marks Road to Haast Junction.