Development West Coast received a Gold Award for ‘Best use of media relations’ at the 2022 Public Relations Institute of New Zealand (PRINZ) Awards held at the Civic Centre in Auckland on Friday evening.

The Award, one of only four Gold Awards presented at the gala dinner, was in recognition of DWC’s media outreach with the Ōkārito GorseBusters initiative.

With no marketing budget, DWC leveraged media relations to help turn a small scale working bee in Ōkārito into a national event that gave back to the environment during a challenging time.

The PRINZ judges praised the scale of media coverage and appreciated that the focus was not just on attracting volunteers, but also on creating a legacy for the event, labelling DWC “worthy winners of Gold.”

DWC was also a finalist for the ‘PR In-house team of the year’ Award, receiving a special mention before the Award eventually went to Fire and Emergency New Zealand.

Mr Rees said it was humbling to have DWC recognised alongside the country’s best PR & marketing agencies and large well-resourced communications teams.

“Of all the finalists at the Awards, it’s safe to say DWC has the smallest comms team – but like the Coast we punch well above our weight.

“I’m lucky to be part of an organisation that does so much positive work, and to live in a region with so many innovative businesses, so there is never a short supply of newsworthy stories to share.

“There are so many great things happening on the Coast, and we’re incredibly grateful to the journalists who help us tell these positive stories.”

DWC was also in the running for the Supreme Award, along with the three other Gold Award winners: Harvey Cameron (Marketing & Communications Agency), Convergence Communications & Marketing, and ‘Belle PR, Becca and the Waipā District Council’. The latter group went on to win the Supreme Award for their campaign ‘What’s next Waipā?’.

This year’s awards attracted 86 entries, with 38 becoming finalists. Entries were assessed in a rigorous three-stage judging model involving more than eighty Life Members, Fellows and senior practitioners of the Institute with the assistance of international colleagues. 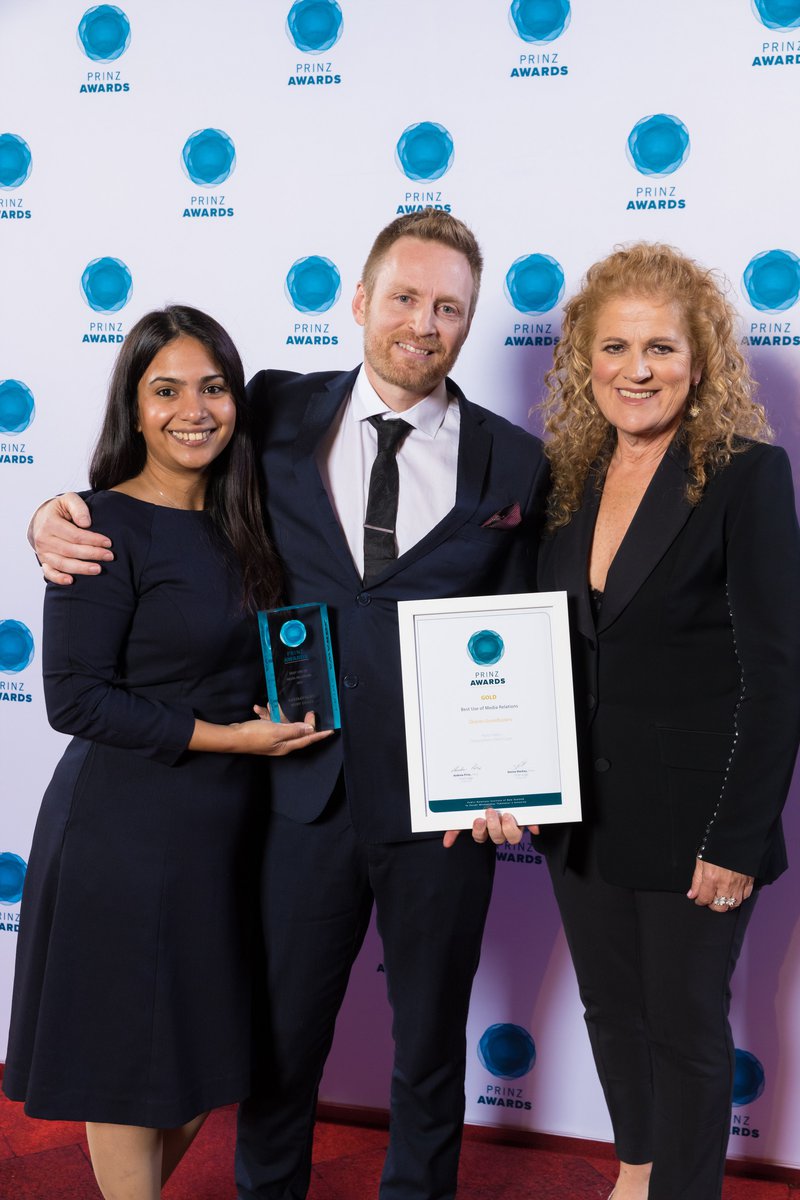