“I am a West Coaster at heart and when my kids started to shift away from the Waikato, I knew that it was time for me to come home. Financially it made sense and also the Coast is very much my home place.”

Once a Coaster, always a Coaster.

There is something unique about growing up on the West Coast which leaves a lasting impact on people. There are proud Coasters living all over New Zealand and the world who will always call the Coast home - with many eventually returning.

Artist Marilyn Rea-Menzies is one of these Coasters who has been drawn back. You can take the girl out of the Coast, but you can't take the Coast out of the girl.

Marilyn was born in Westport in 1944, the eldest of nine children. She was bought up on the O’Conor Home Farm, which was managed by her father, Alan Rea.

When she was 17 Marilyn went off to Teachers’ Training College in Christchurch before moving back to the Coast where her husband managed the Buller Valley Dairy Co. until it closed in 1971. This saw them shift up to the North Island to Te Puke, Wairoa and Tauranga.

“I lived in Tauranga until 1990 when I came back to the South Island, firstly to Picton, where I spent almost four years running the International Weaving School, then to Christchurch where I had a studio in the Arts Centre until the 2011 earthquake. Another six years in Hamilton where four of my five kids had settled, and finally here I am, back in Westport. So, lots of shifts around the country,” Marilyn says.

“I am a West Coaster at heart and when my kids started to shift away from the Waikato, I knew that it was time for me to come home. Financially it made sense and also the Coast is very much my home place.”

“I have been painting and drawing since I was about 10 years old and always joined the local art groups wherever I lived, so kept up my skills in drawing while the kids were growing up.

“I taught myself to weave tapestries in the early 1980’s and quickly got hooked on that wonderful process and have never stopped weaving since. I have been working professionally as an artist since the early 1990’s and my work has been shown and purchased nationally and internationally.”

Marilyn’s work hangs in many collections, both public and private, around the world. She has a small tapestry in the Jean Lurcat Museum in Angers, France. Her largest tapestry is the ‘Millennium Tapestry’, which is 15 square feet hanging in the Christchurch City Council Building. She also has a tapestry screen in Government House in Wellington, and in many other public spaces around the country.

Having shifted back to Westport, the town she loves, Marilyn is setting up a studio/gallery/teaching space in Palmerston Street.

“I welcome anyone to come and visit for an ‘Art Experience’. My work includes paintings, drawings, tapestries, digital work and photography,” Marilyn says. 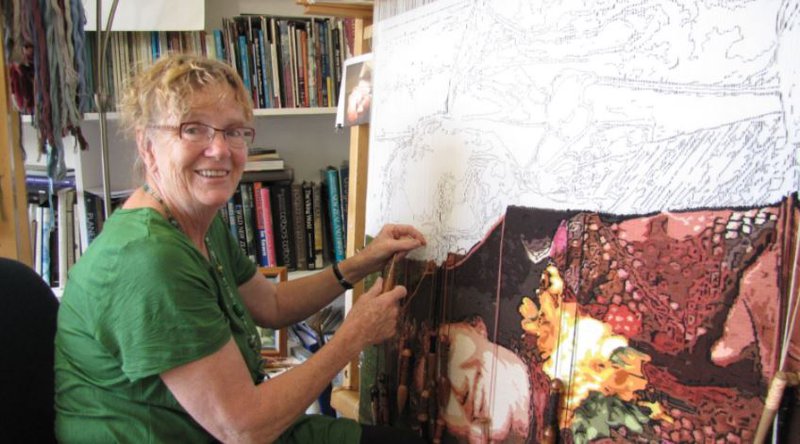 International storyteller Andrew Wright reaches the world while enjoying the lifestyle benefits of living on the West Coast.

A day in the life of a Coaster

Come and experience life on the Coast for yourself.

Emily Miazga is an expat Canadian and former clinical dietitian who is now living in Westport running her own business - Em’s Power Cookies.