“Reefton is the only true, self-contained town in New Zealand. It has everything you need.”

Reefton was a West Coast boomtown during the gold and coal mining era of the late 19th and early 20th centuries. Today it is experiencing another major revival – attracting a new generation of residents and entrepreneurs with a wealth of business ideas.

John Bougen, made his fortune through the Dress-Smart chain and various property investments. He came to Reefton to live five years ago and immediately saw the potential to help drag the town out of the doldrums. He absolutely loves the place and his impact is evident almost everywhere you turn. 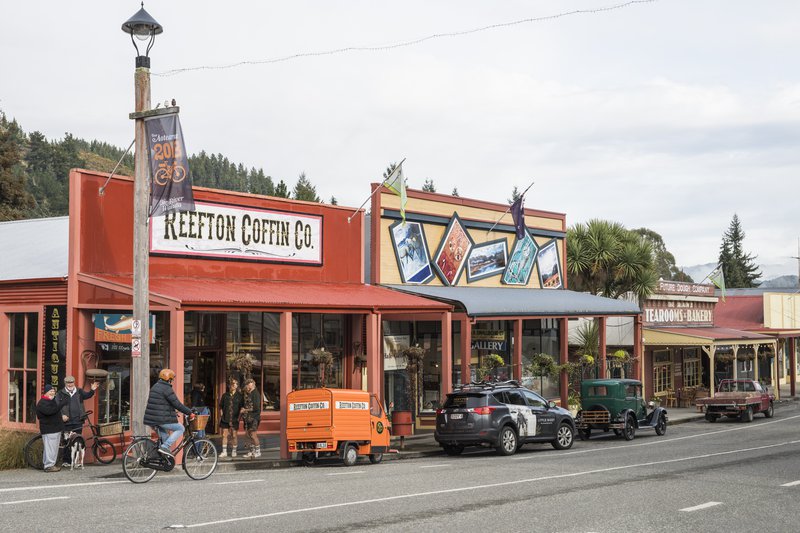 The stamp that John Bougen has rapidly put on Reefton was evident during an entertaining tour for yours truly later that day. John has turned restoration into an art form – breathing new life and authenticity back into tired, neglected heritage buildings and investing his own time, energy and financial resources to make it happen.

He’s happy to show you the restored gaol, the courthouse, various church buildings and mining facilities, a multi-storey bank, period homes, the local racecourse, a school, the local hall – the man is unstoppable. And with each project, the word authenticity comes to the fore.

John says he has friends who can’t wait to come to Reefton. It is so unique and different.

“Where else can you have a conversation in the middle of the street? And where else has a community of artists taken over the Workingmen’s Club and turned it around financially? They can’t believe the well-priced food!” he laughs.

My impression of John Bougen is that he’s a modern-day entrepreneurial pioneer – a respected and likeable character who has ruffled a few committee feathers along the way, but nevertheless works within and alongside the local community and has the wherewithal, knowhow and, most importantly, the passion to get things done.

Over lunch at Dawson’s Hotel, John, hotel manager Helen McKenzie, and Dave Hawes, chair of the local Historic Society, share their views on how the town is picking itself up.

They explain how the proliferation of tourist-focused activities around Reefton, including spectacular, well-maintained walking tracks (we’re talking 27 huts and 240 kilometres close by), world-class mountain-bike trails, fishing, and heritage sites is understandably attracting more visitors and putting a squeeze on summer accommodation.

The town is at an interesting stage of its development – growing, but unspoilt. As Helen points out, her guests often refer to Reefton as “just like Arrowtown before it became too commercial”.

“Reefton’s heritage will always be 100 percent part of its development,” says John. “And all credit to those who’re helping make it happen.”

He’s the first to acknowledge the work of others in helping save the town’s heritage buildings, including Dave Hawes. Too many names to mention here.

Dave highlights the growing number of people choosing to live in Reefton – a town that has all the infrastructure required for modern living, including an excellent school, doctor’s surgery, heated swimming baths, ultra-fast broadband, a 3D cinema and world-class (yes, really!) skate-park.

Reefton has reached a tipping point in visitor growth, he explains, which brings associated business opportunities across retail, tourism and food services, as well as the various home-based digital enterprises that are beginning to flourish across town, as more individuals and young families seek better lifestyle and child-care options, affordable housing and lower overheads.

“Reefton is the only true, self-contained town in New Zealand,” John chips in. “It has everything you need.”

And today there is a whole group of business-focused people based in town helping to make connections and remove business development roadblocks, he adds. 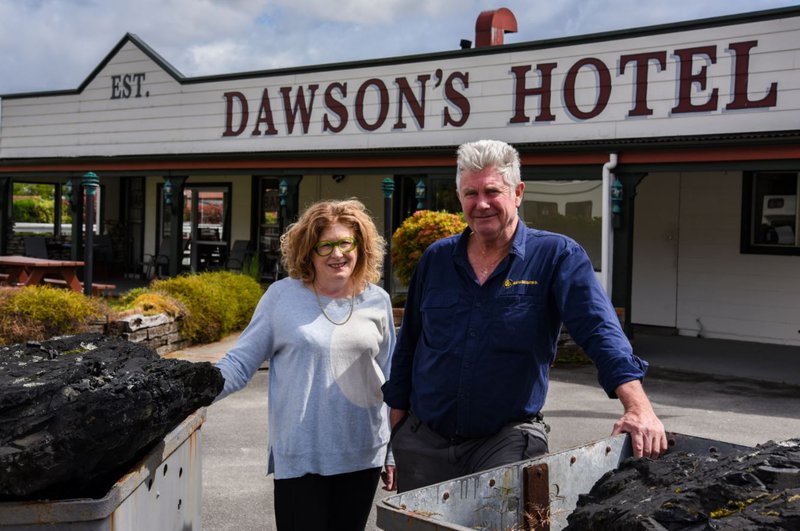 Driving out of Reefton that afternoon, I reflect on the amount of pride I’ve just witnessed from the people I’ve spoken to. It’s everywhere.

Dave Hawes referred to Reefton as a place to get that “healing feeling” – a place to unwind the stress. I get that.

While the local gold, coal and forestry industries, and Rosco Contractors (the town’s largest employer) will continue to deliver jobs and underpin development around the district, there is a metamorphosis under way.

Reefton is well and truly out of the doldrums. Business has never been better.

Artist drawn back to the Coast

Marilyn is one of the many Coasters who have moved back to the West Coast.

Cindy and Gavin left Auckland and have built a life and a successful tourism venture in Hokitika.

The days of needing an office “in the city” are long gone and many companies are eyeing the regions as workers seek cheaper housing, family friendly …

From making games for global entertainment companies to supporting the COVID-19 economic recovery, a lot is happening in the sunny West Coast town of…