Franz Josef Glacier and Fox Glacier are among the most accessible glaciers in the world. 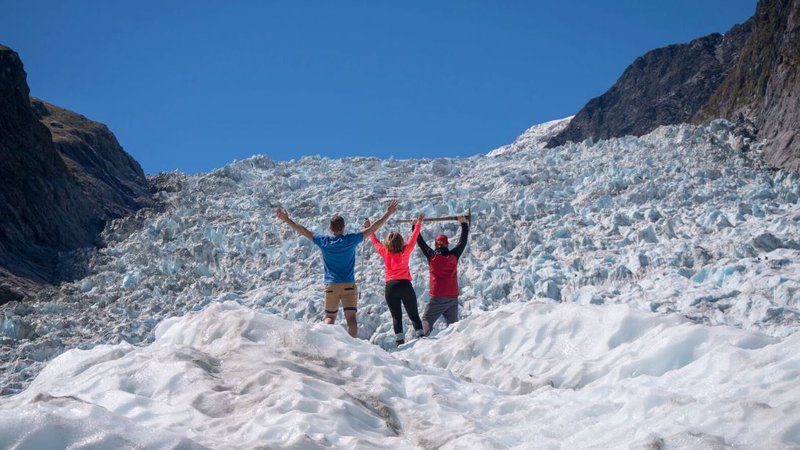 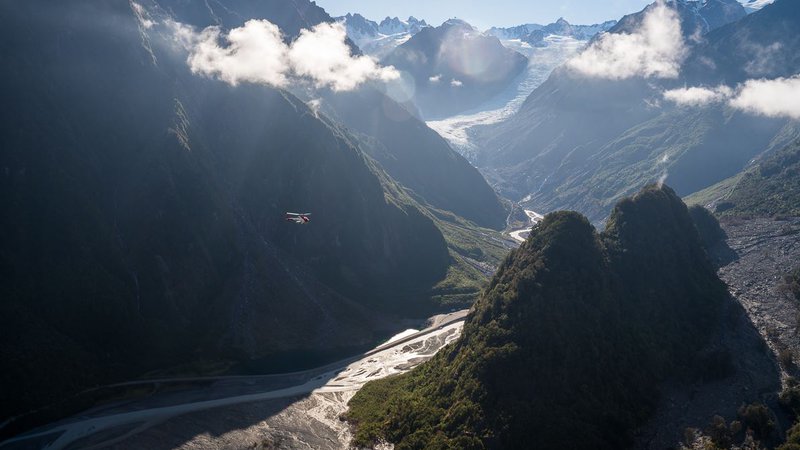 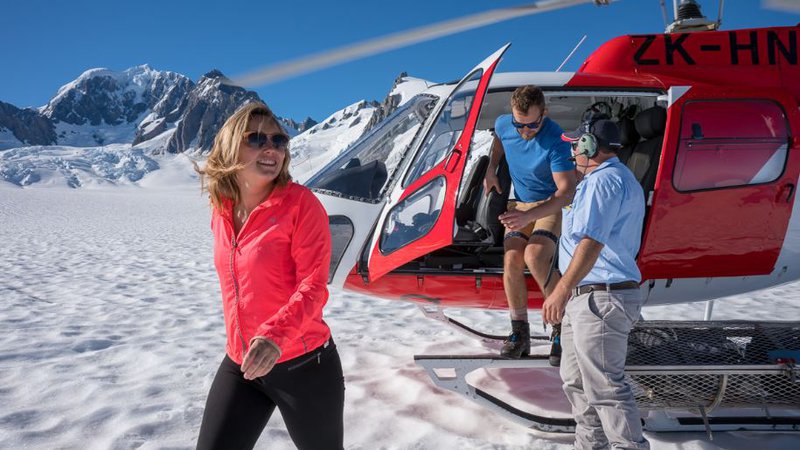 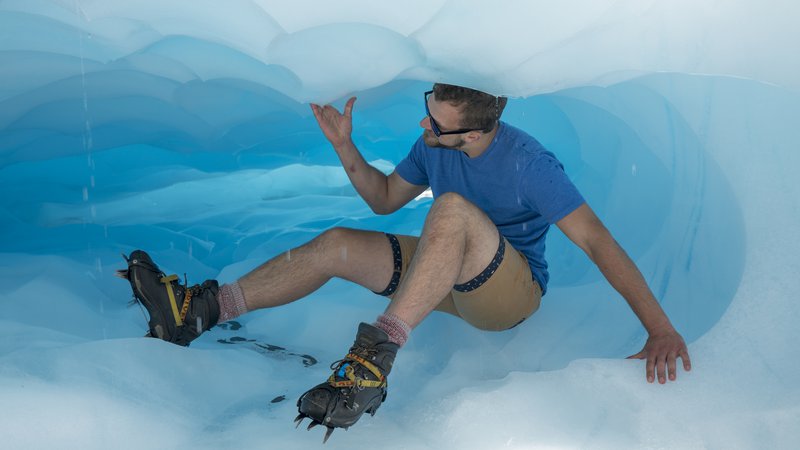 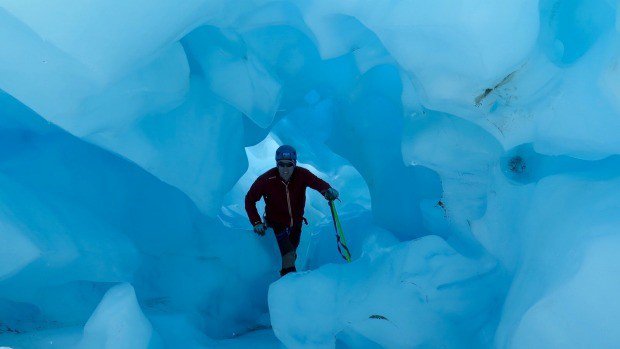 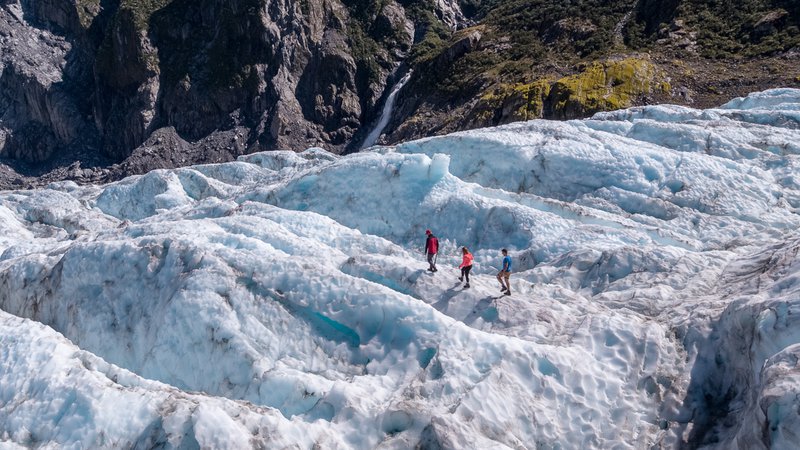 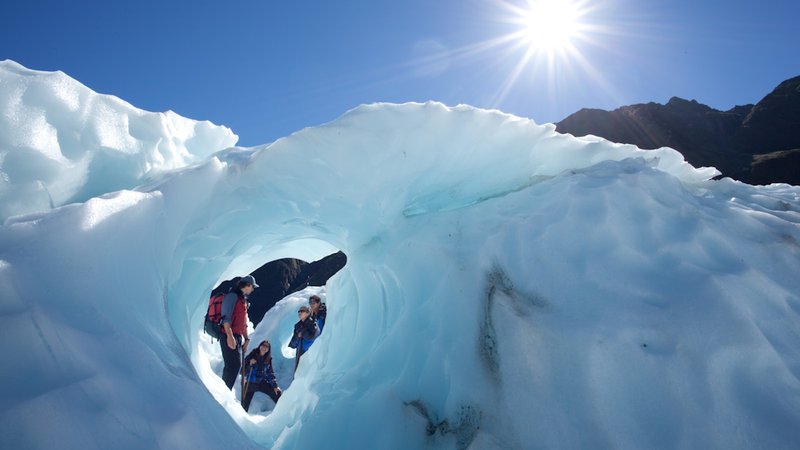 Glacier Country is one of only two places in the world where you can view glaciers descending into temperate rainforest and the most accessible glaciers in the world.
Snow rarely falls in Franz Josef and Fox Glacier townships - but a whole lot of it falls in the nearby mountains, just what a glacier needs to produce ice.

While you can’t walk up and touch it with your hand by yourself, there are guides available to take you safely up and onto the glaciers.

Guiding on the Franz Josef and Fox Glaciers

How glaciers are formed

The land where the glaciers are located is sandwiched between the sea and the highest mountains in New Zealand.

Warm, moist air travelling from Australia drops snow in the higher elevations of the Southern Alps, piling it up to form large neves or snowfields.

Gravity then squeezes it down the valley as if it were toothpaste and the once fluffy snowflakes are compressed into hard blue ice.

The valleys are so steep and narrow that the tongues of ice have pushed far down into rainforest and not much above sea level.

The forces generated by the moving tongue of ice grinds away at everything in its path to reach the terminal face at the front of the glacier.

A glacier likes to find equilibrium, where the amount of ice produced in the neve is equal to the amount of ice lost to melting in its tongue. This results in the dramatic advances and retreats of the terminal face of the two glaciers.

The Māori name for the Franz Josef Glacier is Ka Roimata o Hinehukatere (‘The tears of Hinehukatere‘).

The legend of the Makawhio people (a sub tribe of the Nga Tahu) says that Hinehukatere was a fearless young woman who loved climbing in the mountains.

She persuaded her lover, Wawe to climb with her even though he was less experienced. Disaster struck when an avalanche swept Wawe from the peaks to his death.

The Fox Glacier was his final resting place, or moeka. Hinehukatere was broken hearted and her many, many tears flowed down the mountain.

The gods froze these tears in a river of ice and the Franz Josef glacier was formed as a reminder of her grief.

The choice of the glacier's European name is a little less romantic. In 1865 Julius Von Haast decided to name the Franz Josef glacier after “His Imperial Majesty” Franz Josef I, Emperor of Austria and the local village later took its name from the glacier.

He also named the Fox Glacier in honour of Sir William Fox, the New Zealand Premier.

This was only a couple of a number of landmarks that Mr Haast did not actually ‘discover’ as a European explorer, yet, he took the liberty of naming. 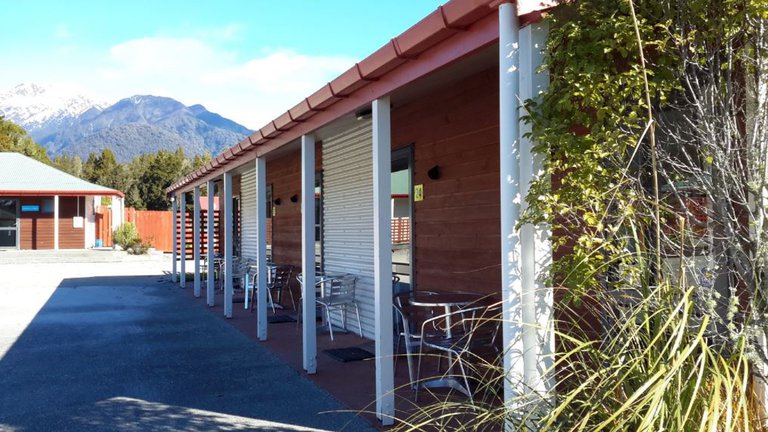 Franz Josef TOP 10 Holiday Park is an ideal base for exploring Glacier Country. 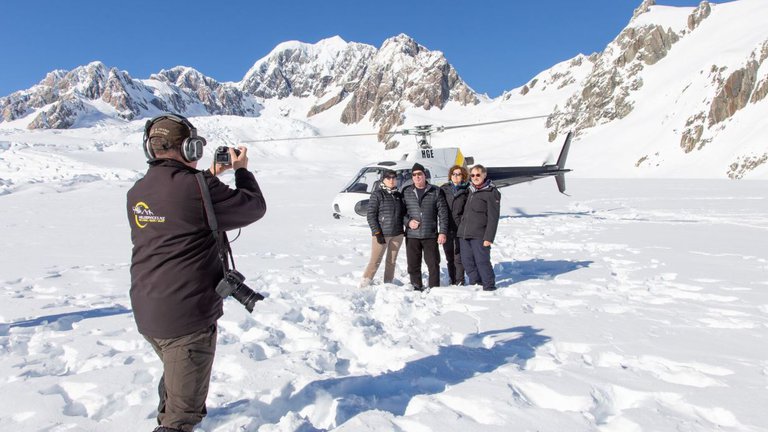 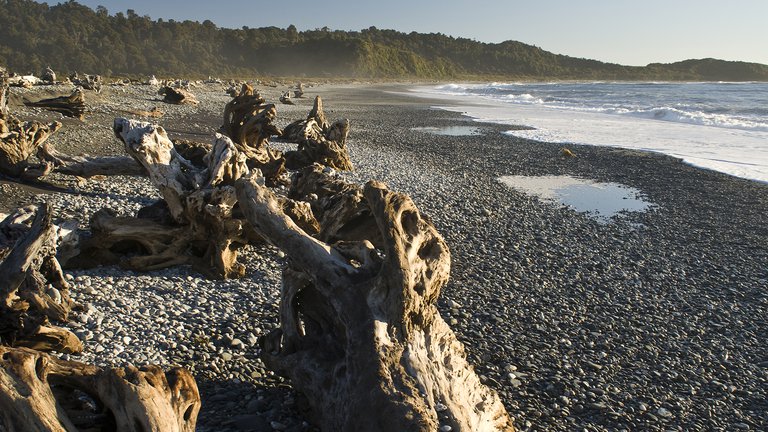 Gillespies Beach, out of Fox Glacier, offers a scenic drive, lovely views of the Southern Alps, an historic cemetery and many coastal walks. 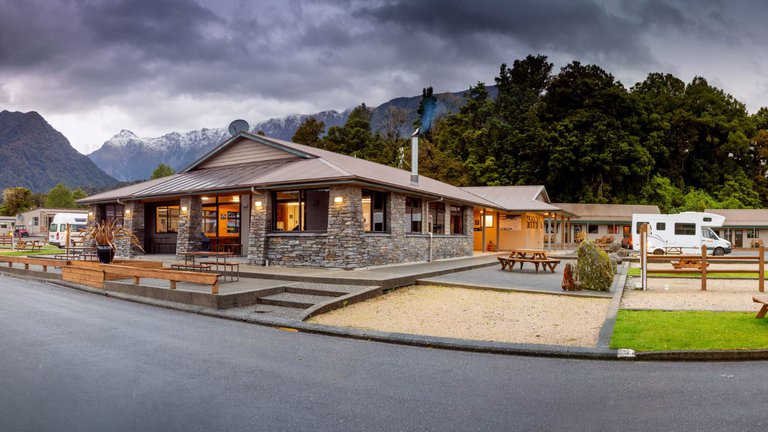 We have fantastic accommodation to suit all needs with spacious grounds and majestic views of Southern Alps. 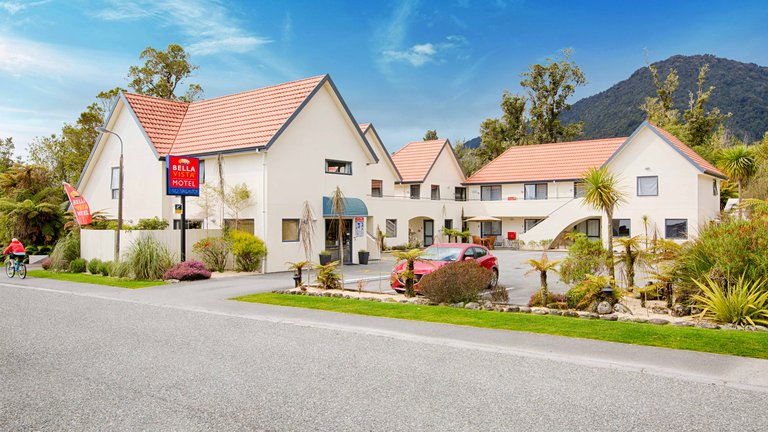 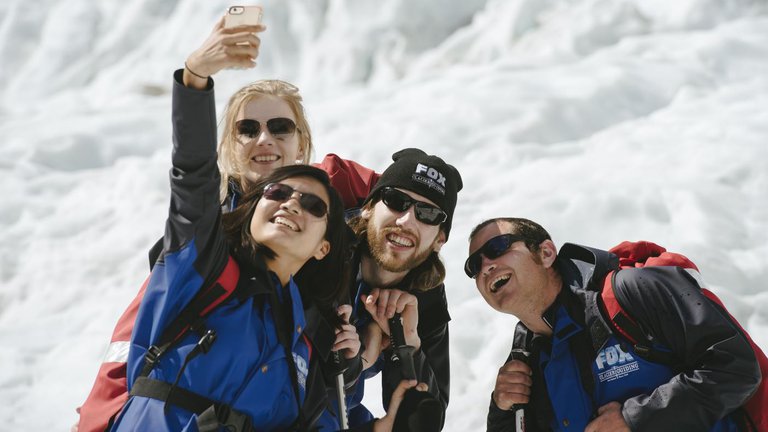