“West Coast communities are tight-knit, incredibly open and friendly, and are very welcoming to newcomers.”

The West Coast has always attracted pioneering people – from Māori trading pounamu to those who flocked here during the goldrush days.

Back in 1867 Wellington's postmaster got a promotion. Where did this step up in his career take him? To the West Coast of course - the Charleston Post office. The Coast has always been the place to be, and Coasters have always been trailblazers.

In 1888 Reefton was the first town in the Southern Hemisphere to get electricity, even before London and New York. In 1934 New Zealand’s first scheduled air service began from Hokitika.

Innovative people are still shifting to the Coast for the opportunities this amazing region offers, and the New Zealand Institute for Minerals to Materials Research (NZIMMR) is helping to create further opportunities, not just for the West Coast, but the whole country.

NZIMMR was established in August 2017 based in Greymouth. The research institute’s purpose is to revitalise the West Coast and New Zealand economies by attracting investment and identifying innovative and environmentally sustainable ways to add value to mineral resources, creating new high value and sustainable jobs.

Professor Paul Hoskin recently moved to the West Coast from Wellington, where he was Commercial Manager at GNS Science. Paul was excited to apply for the job with NZIMMR because it provides an opportunity to work closer to end-users and directly with iwi, industry and clients.

“There is really interesting R&D work happening at NZIMMR and the opportunity to have an immediate impact on the environment, for Māori, and West Coast communities,” Paul said.

“An advantage of doing R&D work on the West Coast is that you have immediate and regular interactions with your largest stakeholder groups and commercial partners. The work that the team does is seen as of high value and as contributing to the health of communities and their aspirations for the future.”

“West Coast communities are tight-knit, incredibly open and friendly, and are very welcoming to newcomers.”

Paul has quickly established new social circles in Greymouth and Hokitika and particularly enjoys visiting artists and their workshops in Reefton and Hari Hari.

“Life on the West Coast is as enriched as it is in any large urban area in New Zealand and the pace of social interaction is faster because people enjoy the connectivity and togetherness in a way that isn’t easy to maintain in large urban areas.” 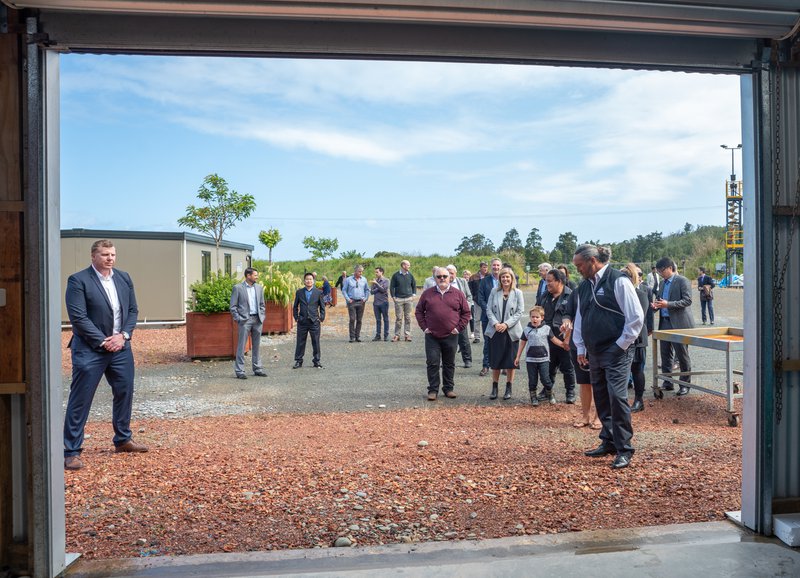 The West Coast has always attracted pioneering people – from Māori trading pounamu to those who flocked here during the goldrush days.

Out of the pressure cooker

Andy and Jolene have swapped high-pressure Government jobs for the Coast life.