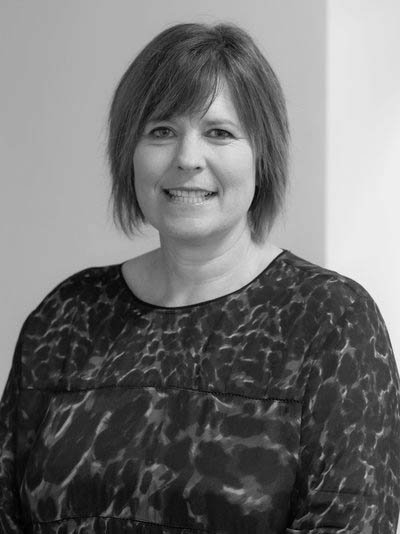 Renee was newly elected to DWC in 2016 for the Grey District. Renee is a West Coaster by birth, a mum to three school age children, and a dairy farm business owner with her husband.

Renee is actively involved in her local community, and also holds a variety of roles at both regional and national levels including: immediate past Chair and long serving member of the Lake Brunner School Board of Trustees; executive member of Federated Farmers West Coast; committee member TB Free West Coast and Lake Brunner Community Catchment Care Group. In 2017 she was elected to the Federated Farmers National Dairy Industry Executive.

Renee is a Graduate of the 2014/15 DWC Leadership & Governance Programme. 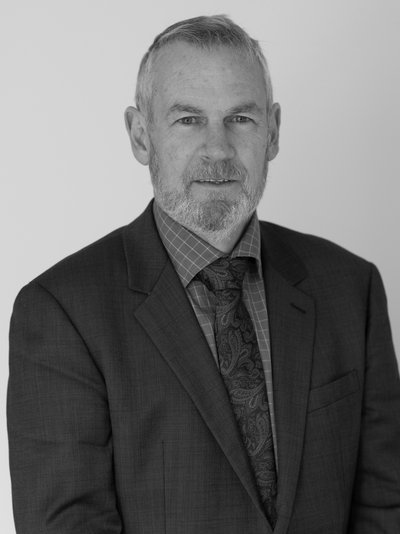 Brent was elected as the Buller District Trustee in October 2016. Born and raised in Westport, Brent has been involved in the IT industry for over 30 years, the last 18 years of which he has been self-employed running his own IT consultancy service, IT@work.

Brent has skills and experience across the IT, management, retail and service sectors, having first started out as an Accounting Clerk with State Coal Mines where he rapidly developed an affinity for technology and established many of the original IT systems for State Coal and Coal Corp. He also had a ten year career as Computer Systems Manager for the Dellaca Group in Westport (owners of Postie Plus retail stores and the Mail Order Warehouse). 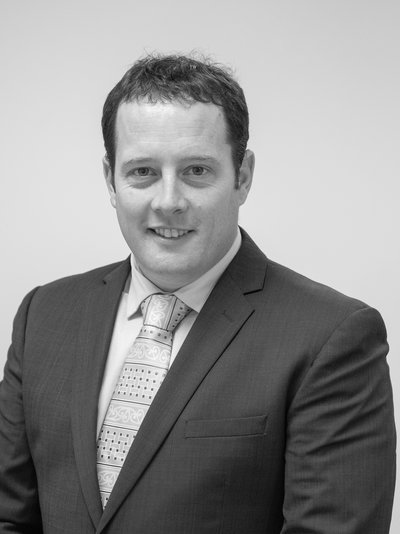 Currently Chris is a Director of Westland Holdings Limited and provisional Director of Destination Westland (CCO). Past directorships include Tai Poutini Polytechnic, and the West Coast Rural Fire Authority. Chris’s community involvement includes over 20 years service with the Hokitika volunteer fire brigade, and past Board of Trustees positions with Kaniere Primary School and immediate past Chair of Westland High School.

Chris is a member of the New Zealand Institute of Directors, and a graduate of the 2012/13 DWC Leadership & Governance Programme. 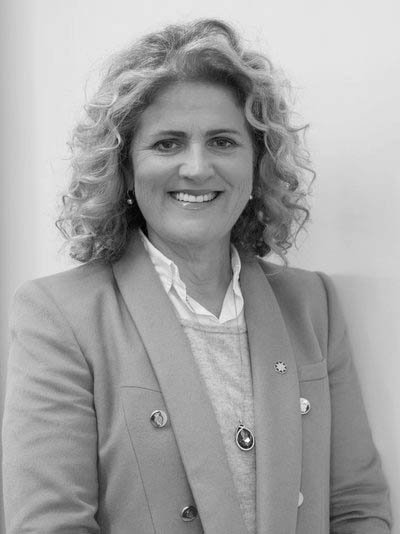 Dame Julie Christie, D.N.Z.M. was appointed in 2017. She was born and educated in Greymouth and now resides in Auckland although she has a holiday home near Hokitika.


Julie is a professional director and entrepreneur with governance and industry experience in media, business development, hospitality and sport. After 25 years leading an international television production company, Julie served on the Board of New Zealand Trade & Enterprise for six years, chairing the grants committee. She currently sits on the Advisory Board of The New Zealand Story, a government initiative to help New Zealand businesses and government agencies communicate our country’s unique value to the world, and on the Steering Group for New Zealand’s participation in the World Expo in Dubai in 2020 . Julie sits on the commercial committee of New Zealand Rugby and was a Board member of the Rugby World Cup NZ2011. She was the first New Zealand winner of the Veuve Clicquot Businesswoman of the year award in 2008. Julie was made a Dame Companion of the New Zealand Order of Merit for Services to Governance and the Television Industry. 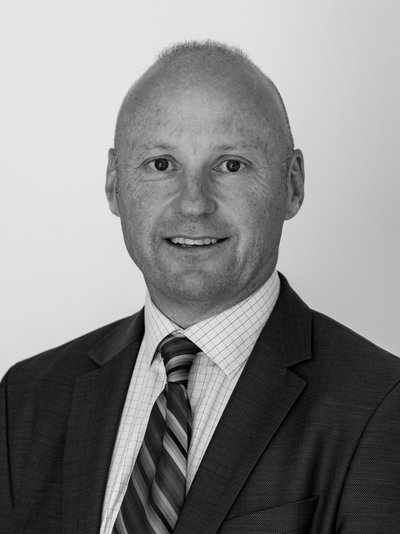 Brent Ford was appointed as the Independent Finance, Audit and Risk Trustee in February 2021. Brent is Managing Director at Ford CFO and Advisory Services Ltd where he advises a variety of organisations. Brent has extensive finance and senior management experience, including as Chief Financial Officer at Hellers Ltd and Vbase Ltd.

Brent is currently a director at Vbase Ltd as well as serving on the boards of Nova Trust and Kilmarnock Enterprises Ltd. Brent is a member of the New Zealand Institute of Directors (IOD) as well as Chartered Accountants Australia and New Zealand (CAANZ). He is also a Chartered Company Secretary (Governance NZ). 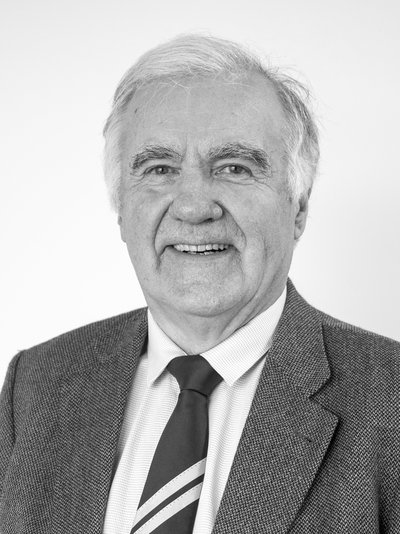 Graham was elected as a Trustee by the NZ Law Society in July 2021. Graham has practiced law in New Zealand for many years and is part of the New Zealand Law Society as well as being a current member of the New Zealand Law Society Disciplinary Tribunal. Graham has served on many Boards including Airwork (NZ) Limited and Helicopters (NZ) Limited. He is currently on the board of CMO Energy NZ, Luxottica New Zealand Limited, a sunglass and eye wear manufacturer, and Millennium and Copthorne Hotels NZ Ltd. Graham has been closely involved in four America's Cups including the most recent event in NZ. He is a member of World Sailing and is the current Chair of the Ethics Commission. 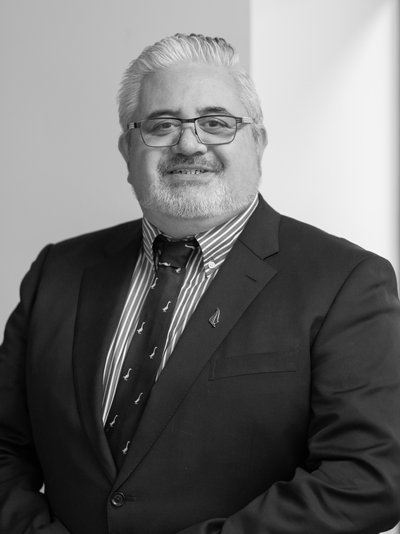 Francois was appointed to the Trust in November 2013. He is of Ngati Waewae and Ngati Whatua descent and while born in Wellington he spent much of his childhood living at the Arahura Pa near Hokitika.

Based in Christchurch as an engineer he became actively involved in Ngati Waewae in the mid 1990s and joined the executive in 2007 before being appointed Chair in 2008. He project managed the Runanga's marae development over five years and the $5million facility opened in 2014.

Francois is involved in many boards including health provider Poutini Waiora and the Advisory Board of Tā Tau Pounamu. He is Managing Director of Poutini Environmental and General Manager of Waewae Pounamu which is Ngāti Waewae's commercial Pounamu outlet in Hokitika. 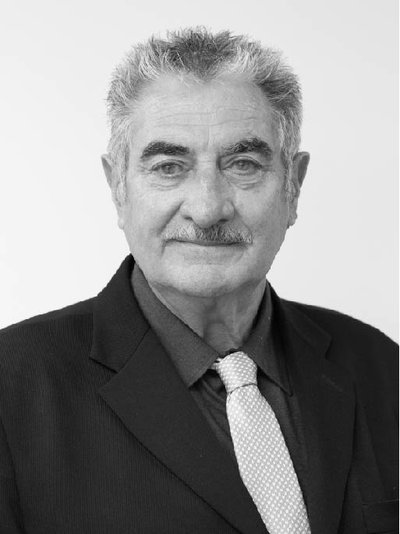 Barry was appointed to the Trust in December 2020 as the second Tangata Whenua Trustee. Barry has already served seven years on the Development West Coast board from 2004 – 2010.

Barry is of Te Rūnanga o Makaawhio descent and was raised in Blackball and has spent his adult life in Hokitika.

Barry was a Master Greenstone carver for Westland Greenstone. He was also the Managing Director of Hokitika Glass Studio for 30 years, which his son and daughter-in-law now own.

Barry has served three years on the Mana Enterprise Board, 10 years on the Te Rūnanga o Ngāi Tahu Finance Board and nine years on the West Coast Rugby League Board. He has also been involved in Enterprise Hokitika and at times was the chair of the group. Barry has been a Justice of the Peace for 27 years.

The Board of eight Trustees is comprised of:

One from each of the Buller, Grey and Westland Districts. Elections are held every three years and any person who is eligible to vote at an election or poll under the Local Elections and Polls Act 1976, irrespectively of the place of residence of the person in New Zealand, may be a candidate for election as an Elected Trustee.

Appointed by an independent appointment panel.

DWC operates with a sub-committee structure to assist with some of the specific functions of the organisation.

Two standing committees are the Finance and Audit Committee and the Investment Committee. Additional sub-committee/project committees are established from time to time on an as required basis to deal with specific matters.

Membership of the Investment Committee comprises all Trustees and assists DWC in the implementation of the Statement of Investment Policy & Objectives and Treasury Policy. The committee meets on a monthly basis.

The Finance Committee comprises Trustees B Ford (Chair), B Oldham, C Rea and R Rooney. The key function of the committee is to assist DWC in discharging its responsibilities in relation to financial reporting and regulatory conformance. The committee generally meets 4 to 5 times per year.